6 Ways You Can Inadvertently Upset People at Work

Very few of us are likely to set out for work with the intention of upsetting people. Mostly we want to do our job well, and get on with our day. How is then that so often we come home in the evening feeling annoyed by an interaction we have had and upset with a colleague? It got me thinking about whether anyone went home in the evening with bad feelings towards me!

Here’s some thoughts I had about ways in which it is possible that I might have got it wrong—without meaning to—and upset people at work.

Do you get impatient while people are talking to you? Are you tempted to jump in and make their point for them—because you see it already and more clearly than they seem to? Do you have to hold yourself back from interrupting?

These days I try to see listening as part of my meditation practice—part of being present, awake and curious. You miss so much by thinking you already know what someone wants to say, or by responding too quickly and cutting them off.

When we can allow someone the space to say what they want to say we are creating trust and communicating respect—so we are fostering harmonious relationships. We are creating opportunities to exchange useful information and to explore problems, which will help to boost creativity in our team.

It’s only human to want to feel appreciated at work. A recent survey found that 66% of employees said they would quit their jobs if they felt unappreciated. This figure jumped to 76% among millennials.

It’s all too easy, when you are busy, to push ahead in order to get the job done and to overlook how people feel they are being treated. Of course, this is intensified if you are in any kind of managerial role, with people reporting to you.

In his book. 365 Thanks Yous, John Kralik tells the story of how he turned his life around by writing a thank you note to a different person every day for a year. Finding himself at a critical point in his life, he wanted to try and focus on what was good in his life, rather than what was going wrong. One of the stories that always sticks in my mind is the day he wrote a thank you note to his server in his local Starbucks. At first the guy thought he was being handed a letter of complaint and then he was amazed at being so beautifully thanked for something he did over and over again all-day long.

A lot of my work is carried out at a distance—through SKYPE, email, and online courses. Yet I find the power of appreciation is not diminished by distance. It shows you have noticed the effort someone has made, and you are the better for it. You need to do it because it feels right, if you are hoping for something in return it can get messy.

It can be seductive and oddly flattering to be pulled into a session of bad-mouthing your boss, or a fellow worker. For a while you can feel that you are accepted, and one of the in-crowd. You are being trusted to hear and share in the discontent someone is feeling. We all do it from time to time but when it happens as a routine part of each working day it can become unhealthy and potentially hurtful.

This was brought home to me very strongly during the years that I worked as part of the Executive Board of an international non-profit. I was the only woman on the team of four and many of our staff and volunteers in the national teams were women. Unfortunately, for some people I was an object of some envy and resentment. I was too slow to understand this and took too long to take measures to address it. After some time in the job—which I loved—I was told about stories that were circulating about me. Most of them were just inaccurate and came from people’s projections. Others had some truth but were recounted without a shred of empathy or understanding of the challenges that I faced.

I was shocked and devastated for a time but when I calmed down, I saw this was a great learning opportunity for me. There is nothing like being on the receiving end of gossip and speculation to help rid you of any inclination to engage it in yourself. I would never want someone to feel as I did during that period.

When you gossip about someone behind their back you erode trust. It always seeps out somehow and people come to know you’ve been talking about them. It’s difficult to ask them to trust you after that. Much better to approach someone directly to talk something through that is bothering you.

Imagine a situation where one of your children wakes up in the night with an upset stomach. You spend hours caring for them, changing sheets, bringing glasses of water and finally drop off to sleep at around 04.30. Your alarm goes off at 07.00. You have a splitting headache but you get out of bed because you are due to present a new project to your team at work at 10.00 that morning. Your child is over the worst but won’t be well enough for school. It takes almost an hour to arrange childcare and now you are late leaving the house. The train is packed and you don’t find a seat. By the time you get to work you are feeling very sorry for yourself but you do your best to give an inspiring presentation. It goes OK but lacks your usual flair and the team is doubtful and critical about the new project.

Your boss asks for a word after the meeting. He/she could take a number of approaches to your disappointing performance. He/she could start off by pointing out how flat you were and how your answers led to more, rather than less confusion. Or he/she could sit you down and ask what was going on and what help you needed to sort this out.

Which approach would you prefer?

When people behave in ways we are disappointed in, or uncomfortable with instead of immediately reacting, we could ask ourselves questions like these:

These questions open a dialogue, which could lead to a solution of the difficulty, rather than an angry exchange.

If we feel excluded from an event, we might say that our feelings were hurt. Neuroscience is showing that this might be more accurate than we thought. Research shows that the same area of the brain—the dorsal anterior cingulate cortex—is active when we process emotional/social pain, as when we feel physical pain, say from catching our finger in a door.

Our ancestors evolved to live in groups because they understood that the resulting protection was essential for survival. A sense of wanting to belong is hardwired in us and when we don’t feel we are included, then our threat response is triggered and we can become anxious, and uncooperative. The activation of the stress response uses resources that would normally go to the pre-frontal cortex, the area of the brain we use for—among other things—problem-solving, and memory. When we are under stress, we are more likely to make inaccurate assumptions.

It’s this kind of reaction that can lead to someone trying to create their own sense of belonging. This is where potentially toxic behaviours such as gossiping, cynicism, and forming cliques can come in.

It makes good sense at every level to foster an environment of openness and inclusivity in your workplace. It helps to make sure information is easily accessible, and people feel encouraged to comment and feedback on work processes. Ensuring all views are heard in meetings, welcoming and supporting new and younger staff is important. Then there are the small everyday events that can have such a big impact on people. Things as ordinary as remembering to make coffee for all members of your team, including everyone in your morning greeting and spreading your invitation to lunch widely. All this helps to create a sense of inclusivity and belonging.

Few employees enjoy being micromanaged. It leads to people feeling not trusted, undervalued and over-controlled. It is also exhausting for the person trying to micromanage. If you are continuously looking over your shoulder to check on what each member of your team is doing, you never have enough time and energy to do your own work. It’s a self-defeating process. The more you micromanage someone, the further it saps their creativity, ending up with them increasingly dependent on you.

No-one wants to be an irritating manager. Micromanaging is often rooted in an anxiety about one’s own abilities, and an insecurity around your position. Perfectionism usually part of the mix—not having the confidence to let people have the space to experiment and even to fail. Instead you feel bound to monitor each step of the way, so you can check for anything unexpected along the way. You are afraid to fail yourself, and so you project it on to everyone working with you.

One way of lessening your own anxiety and allowing an employee to feel valued is to ease up you focus on doing. Micromanaging is worst around getting things done and achieving the right goals. Of course, we need to do that but not at the expense of being. If we are paying attention to how we are when we take on a task, rather than simply on getting the task done—then we might be open to starting a dialogue with the people we work with. We might consider asking them to give feedback on how we manage, or to share what they feel are their main skills. It can be possible to ask if, or where they feel blocked. Perhaps it would be possible to share some of your own concerns and to talk together about how to work together with more attention to the process of the work.

Opening up the one-way dynamic of micromanaging could hold surprisingly helpful answers for both mangers and staff.

Do you have any stories you would like to add? It is always good to hear from you. 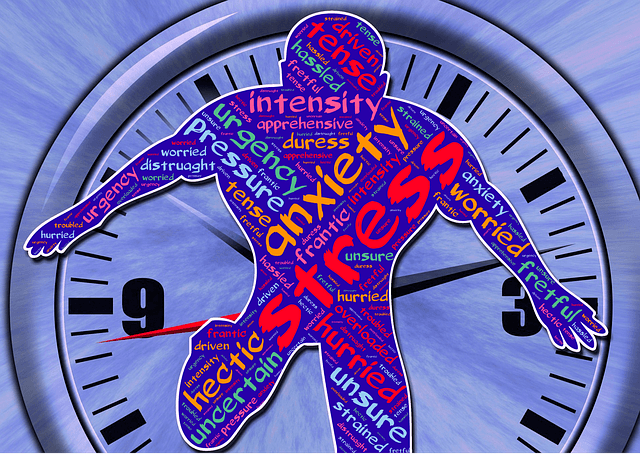 9 Ways to Cope Better with your Work Frustration

You can find out more here