How to Be Kind in the Face of Brexit 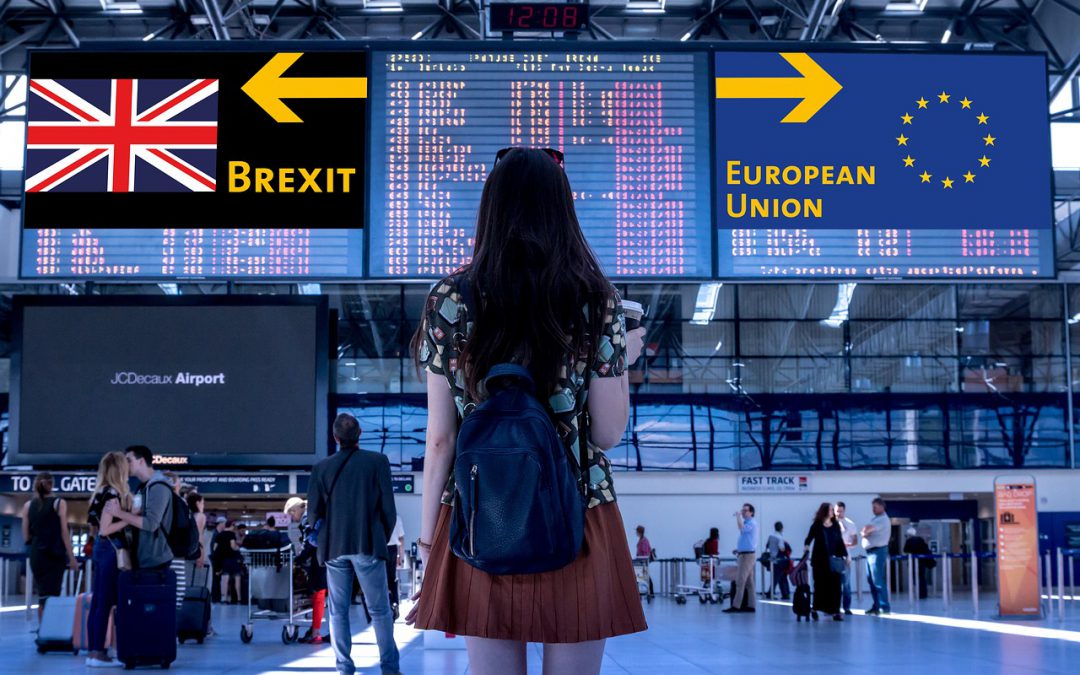 I am a Brexit refugee. It’s been over twenty years since I left the UK to live in Amsterdam. Except for an interlude of five years working in France, I have been there  ever since. It has been wonderful to have the freedom to live and work in Europe. This freedom is in direct contrast to the UK, where I have not been allowed to vote since my absence from the country passed the fifteen-year mark. It was not even possible to vote in the Referendum in 2016.

Dutch friends started off being completely puzzled as to why the UK wanted to inflict such harm on itself by leaving the EU. These days they are mostly in a state of shock at the continuous unravelling of anything they recognize as British competence. They feel my pain, but they are also glad it is not happening to them.

It’s almost impossible to explain the chaotic mess that the Brexit process has become. When I try come up against my own feelings of shame and embarrassment at the closed-minded perspective that brought us here. The thing is though, that one day this process will be over and then the UK will need to work diligently to heal the scars of this battle. I would love to see kindness put at the forefront of this work. It’s hard to see how we will move forward without it.

What would a kind approach to Brexit look like?

There is a growing body of research into the benefits of kindness. It turns out that they are considerable and wide reaching. Kindness benefits the person offering it, the person receiving it and all the people who witness it.

It affects us on a physiological level—kindness can improve heart function, lower blood pressure, slow aging and strengthen our immune systems. The author and scientist, David R. Hamiltonexplains that through the production of the hormone, oxytocin and the neurotransmitter, serotonin our levels of wellbeing are raised.

On an emotional level—anxiety, stress and depression can all be reduced through preforming genuine acts of kindness. In his ground-breaking book, The Healing Power of Doing Good, Allan Luks documented the good feeling that you get from helping others and which is now referred to as the Helpers’ High.

Imagine some of these benefits being injected into the Brexit debate right now.

To begin with the insults, posturing and inflammatory accusations would need to stop—completely. We would need to start listening to each other. If possible, to appreciate that each person is acting from what they genuinely believe would work best. If someone disagrees with me it does not make them a bad, or stupid person.

I saw a great example of this recently when my Dutch partner sent me a video clip of the author Michael Morpurgo and historian Robert Tombs have a civilised disagreement about Brexit on Channel 4. Morpurgo is for staying in the EU and Tombs is for coming out. During the brief extract from their discussion neither man insulted the other. They listened to each other’s arguments and neither thought less of the other because they had an opposing point of view. It was remarkably reassuring to see that this kind of exchange is still possible.

When Ireland recently voted to overthrow the ban on abortion, much was said and written about the Citizens’ Assemblywhich was set up to give people a voice in such a big decision. Since then there has been talk about doing something similar for the Brexit debate. The former Labour PM, Gordon Brownhas put his weight behind this idea. His suggestion is to bring representative samples of leavers and remainers in regional groupings. The idea is that they could then take the time to go more deeply into all the issues that make up the Brexit puzzle.

The Citizens’ Assembly in Ireland was not perfect and has its own criticisms to answer. That’s perfectly understandable with big initiatives. Just because something is not perfect is no reason not to try not move forward with it. There is little cause to apply the word, ‘perfect’ to anything about the current debate raging in Parliament and across the country.

Empathy is the ability to understand and share the feelings of another. It involves an understanding of what another person is feeling from within their own frame of reference. You could say it is a bit like walking in someone else’s shoes.

Edwin Rutschis the founder of Centre for Building a Culture of Empathy. He has run many  Empathy circlesdesigned to facilitate dialogue on many different issues. One feature is an empathy cafe where people gather to discuss challenging issues. He has run several dealing with the polarisation of political views between the right and left in the US.

Actively using the skills of empathy to understand another person’s views, rather than to weaponize them would add enormously to any Brexit discussion.

Here’s a quote from Henry David Thoreau that sums up empathy for me,

Could a greater miracle take place than for us to look through each other’s eyes for an instant?

As I read this quote, I am aware that it can take courage to look through the eyes of someone whose views you find appalling. It’s natural to feel quite apprehensive about what you might see. My understanding is that Thoreau is talking about looking beneath and beyond the opinions of the other person. He is celebrating the insights into the heart of another person when we allow ourselves to look with judgment. On the occasions when all we see is aggression and self-interest, then can we let the limits of such an attitude touch us with compassion?

What can I do?

Recently I have realized that any change in the quality of the discussions around Brexit has to start with me. It’s a daily occurrence for me to shout at the TV when the news is on. There are MPs who I cannot bear to listen to and that goes for some of the media coverage too. My Facebook page is swamped by articles and cartoons charting the course of this debacle. There is a level where all the aggression, lies and procrastination has seeped into my own relationship to the whole thing.

If I want to change how Brexit is talked about, then I have to find a way to change how I am talking about it myself. I need to connect more actively with my own compassionate heart, rather than complain about the lack of compassion in others. It’s not enough to take comfort from the privacy of my hostility—thinking unkind thoughts undermines compassion as well as actions.

It’s so seductive to carried along by ideas of cooperation, inclusion, and common good but then to place people who see things differently outside your circle of respect. One strategy that I find it helpful to try and separate a person from their actions. When I can do this, I find we have much more in common than it appears. The right wingers pushing for an anti-European, nationalist agenda are wrong in my view, but if I remember that, just like me, they struggle with insecurities, anxieties, and fears then they become human again.

I want to use this quote from Henry Wadsworth Longfellowto help me remember:

If we could read the secret history of our enemies, we should find in each man’s life sorrow and suffering enough to disarm all hostility.

It’s about remembering that we are all human beings—complicated, vulnerable and imperfect. When my own opinions and beliefs are in full flow, this can get overlooked completely. Then the person on the other side of the argument becomes the ‘other’ and no longer worthy of care and respect. When I dehumanize those I disagree with it becomes easier to at best dismiss them and at worst vilify them.

The truth is that I am in mourning as a result of the 2016 Referendum. I never expected the UK to vote to leave the EU and to this day I still hold out hope of a second referendum that will put a stop to the whole process. My grief is on so many levels—ranging from my concerns about my own personal status as a Brit living in Europe, to a deep sadness about what the UK seems to stand for these days. I am embarrassed, ashamed and deeply shocked. Although I have always been a bit of an anarchist there was always a sense that the UK was on the side of decency, good governance and some level of wanting to contribute to a better world. This feeling has been rocked to the core.

All this needs to find a place and to work itself through. It’s my belief that will happen much more effectively if I can curb the more extreme expressions of this grief and find a way to resolve it through kindness.