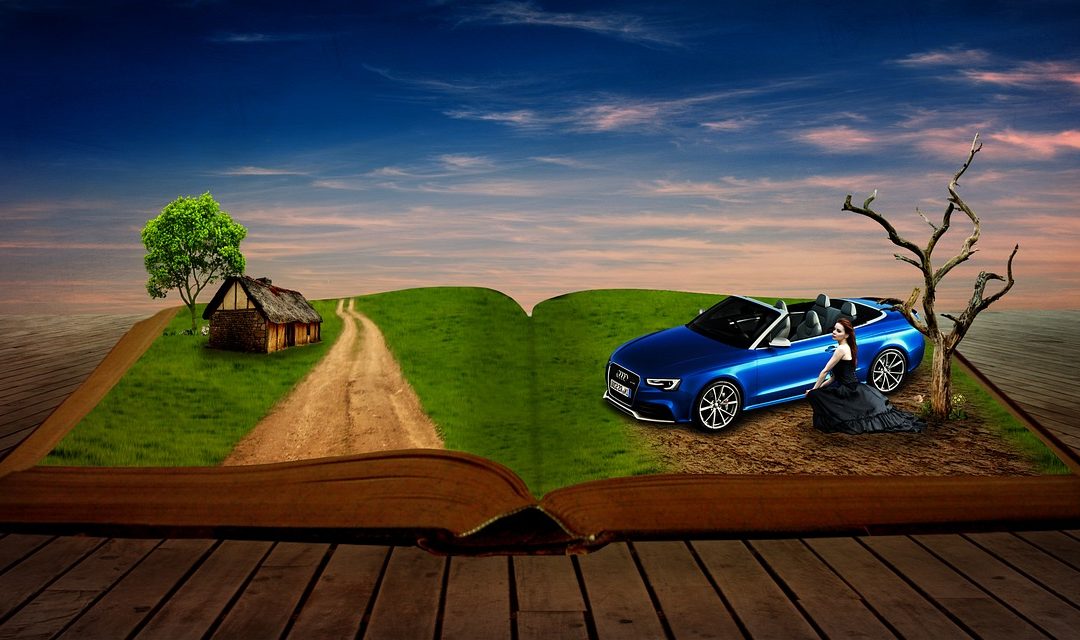 Recently I have been reflecting on how easy it is for each of us to get stuck in our story. What do I mean by that? It’s the state we get into when most of our attention is focused on doing what we are doing right now, and we don’t notice what else is going on around us. We’re not talking about the mindful kind of focus where we are fully present with what is going on. Here, it’s more to do with being absorbed in our own interests, preferences and choices. They become our priority and we miss out on the bigger picture.

A little bit of history

Last summer my partner and I discovered the Hunebedden, prehistoric burial sites in the North of Holland.

Each site is made up of huge boulders that were transported here by vast ice-sheets millions of years ago. The sites are free to visit and open to whoever is interested. Although very little is known about the people who created the sites, people are asked to respect the sacred nature of the burial places. Notices by the pathways request that parents keep their children from climbing on the boulders. It’s not unusual to find people sitting quietly to view the ancient boulders or taking numerous photographs to try and capture their magic.

An example of being stuck in your own story

At one particularly large site there were more people than usual. People approached the boulder arrangement and walked up and down, occasionally reaching out to touch the stones. The atmosphere was quiet and reflective. Sometimes a word was exchanged or a smile.

A grandmother with her son and her two grandchildren stopped to view the site. Ignoring the other people there, she encouraged the children up on to the stones and suggested they stand on the top. Once up there she then went about photographing them from all angles. She moved the children about as if they were at home in their own garden. There was no interaction with anyone else there. Her son helped the children to climb and then to keep their balance.

It was only because that there was a sudden shower of rain, that she stopped and took the children away. They had no idea where they had been—it could have been a playground. The grandmother had little idea of where she had just been and even less of the interruption she caused. She was completely absorbed in the story of her as a grandmother out with her son and her grandchildren.

The repercussions of being stuck in your own story

Of course, it is wonderful to enjoy doing what you are doing. It’s just when we become over-absorbed with our own concerns, we miss seeing the bigger picture.

We live in an interconnected world where our actions are naturally intertwined with the actions of those around us. When we switch off our sensitivity to this, we break the flow. Without awareness we miss opportunities for connection and deeper understanding.

• You are not fully present to what is happening around you

The grandmother meant no harm at all at the Hunebedden site. She simply did not see that her actions were out of sync with the atmosphere of the site. All her attention was on the narrow field of her family. She did not see anything beyond it.

When we are not fully present, we are simply running on autopilot. We are not engaging our full resources. It’s a way of limiting ourselves.

• You lose sensitivity to what is going on with other people

When you are stuck in your own story it’s hard to even see what is happening for other people. It’s a bit like starring in your own movie with everyone else playing the supporting roles. Other people simply become the backdrop for yourself and your actions.

A now famous experiment into the psychology of pro-social behaviour was carried out in the early 1970s in Princeton University, New Jersey

Subjects for the study were students studying to be priests. The task was to give a talk on the parable of the Good Samaritan. The talk was in a separate building.

Before they left to give their talk, students were told one of three things:

In an alleyway they had to pass through was an actor pretending to be sick and asking for help.

Here are the findings:

63% of participants in the “early” condition stopped to help the stranger.

45% of participants in the “on-time” condition stopped to help the stranger.

10% of participants in the “late” condition stopped to help the stranger.

The main factor in whether people helped or not was how much time they thoughts they had.

So, what can we make of this? Remember, these were students studying to be priests. In interviews they had expressed the wish to be of benefit, to help people and to be of service. They were exactly the kind of people you would expect to want to stop and help someone in need.

The thing is, they got completely caught up in giving their talks and doing well. They were busy, pre-occupied and in a hurry. In other words—they were stuck in their own story and that took precedence over the need of the person lying on the ground.

When your story matches the group story

A while back, my partner and I flew return Amsterdam to Girona. We had a funeral to attend in the south of France and this was the cheapest, quickest way we could find to get there. Both flights were jam-packed. They were also delayed and as they were late-in-the-day flights it all got pretty exhausting.

Most of the people on the flight were regular flyers flying to and from the Costa Brava. Understandably they were in holiday mode. For them the crowded airport and the crowded plane were all part of their holiday experience. Wine flowed freely, people laughed and shouted across rows and gangways. They spread themselves out and took their time. People’s individual stories merged into a larger story of holiday makers returning home.

My partner and I were exhausted, sad from the funeral and certainly not in a partying mood. For a time, I felt a bit irritated all the loud, holiday people. Then I realised – my story was one of grief, exhaustion and coping but it was my story. Most other people on the plane were in their holiday story. It was just a different story.

It got me thinking about how it is important to be aware of the stories you might be getting stuck in.

Here are some things I thought of.

1. Are you present to what you are doing?

As long as you are aware and present to what you are doing you can avoid being stuck in your story. I managed quite well waiting for the plane – it was delayed by over an hour. It was when I began to get tired and to feel a bit sorry for myself that my story became more engulfing.

2. Do you have an awareness of what is happening with other people?

Once you stop noticing what is going on for other people around you, you are at risk of becoming self-absorbed. Remind yourself to look around you and get a sense of how other people are doing. It will help you stay connected and present.

3. Take a moment to check in with yourself

It’s always good to take moments throughout the day to check in with yourself. It’s a way of coming home. Lightly focusing on your breath for a few moments will help to cut through moods, habits and loss of attention. Then you are much more able to get a sense of how self-absorbed you are at that moment and whether you are getting stuck in your own story.