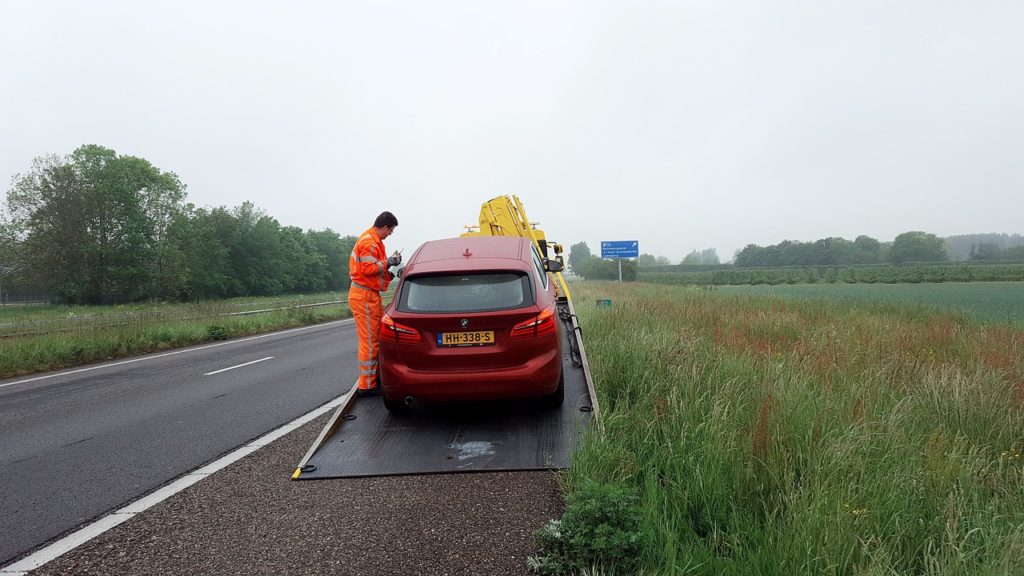 Have You Ever Had Kindness Conquer All?

It must be one of the most dreaded moments in life—the moment when the worry that there is something wrong with your car turns into a certainty and you have to head for the hard shoulder of the motorway and search for the nearest emergency phone.

It happened to us on our way back from spending two months in our cottage in the south of France. We were fifty kilometres south of Orleans with a hotel booked in Paris. It was starting to get dark and we were waiting for the road service to arrive. Our joy on seeing the truck draw up in front of us was short-lived. The car needed a new dynamo. It was Saturday evening, and nothing would be open until Monday afternoon. There was nothing for it but for the car to go on the back of the truck and us to be transported with it.

We felt pretty miserable as we tried to mentally re-juggle all our plans for the next few days, and there was a definite sense of being very alone and far from home. We had to stumble along the edge of the hard shoulder to get to the truck. I have been having problems with my knees for some time, which meant that I limped along well behind my partner and wondered how on earth I was going to get on board. The maintenance man spotted my difficulty and came around to help me. By guiding my feet on to the steps, he helped me make the climb. In those few moments, I felt less alone and the maintenance man became another human being, rather than a just deliverer of unwanted news.

In fact, he turned out to be a bit of a hero all round. He drove us to his garage and let down our car. Telling me to stay where I was, he directed my partner to gather together the things we would need for an over-night stay. He phoned several local hotels until he found one that could accommodate us and then he drove us there. He gave us his phone number and directions on when and how to contact him and drove off to continue his work of rescuing stranded motorists throughout the night.

The hotel we found ourselves in was a small, family-run hotel on the main street. We were greeted warmly by the lady of the house and shown to our room. As my partner struggled up the stairs with all our various bags, I followed along with my rucksack but found the stairs difficult because of my knee problem. I felt my bag lifted from my shoulders and turned to see someone who I presumed to be the daughter who had come to help. She took the bag all the way to our room.

One of the things that I find challenging about certain parts of France is that after nine o’clock it is impossible to find anything to eat. As it was now well after nine o’clock, we feared we would go to bed hungry. The hotel had a restaurant run by the husband of the family. We timidly asked his wife if there was any chance of an omelette and after consulting her husband, they agreed to keep the restaurant open and to serve us a simple meal. Rarely has an omelette tasted so good as when it is eaten in a strange town you never meant to visit and is served with such generosity, while your car sits in an unfamiliar garage waiting to be repaired.

This generositywas a feature of our enforced stay at the hotel. It carried on in all kinds of small ways culminating in the chef-husband driving us to another hotel nearer to the garage, because his hotel closed on Sunday nights and there were no taxis to take us. When we thanked him, he replied simply, ‘It’s normal.’

The family in the hotel, and the maintenance man were all doing their jobs. We paid for the services we received and yet there was a distinct feeling that we received something we could not have paid for or put a price on. Without fuss they all offered small acts of kindnessthat transformed their services into more than a business transaction. They seemed to understand how awful it is to be in that situation without us having to say anything at all. By being prepared to connectwith us, as human beings—and even human beings in a difficult situation—they became more human to us and we could be comforted by their kindness and generosity.

The transformative nature of kindness

We ended up being stuck there for three nights. It turned out that the dynamo could not be delivered before the Tuesday. When I think of the occasion, it is the kindnessthat I remember more strongly than all the inconvenience. No-one did anything very out of the ordinary—as the chef said, it was normal—but by infusing their work with kindness they helped to transform a worrying and stressful situation into something manageable. Not a bad result for a day’s work—and the kindness really did conquer all!